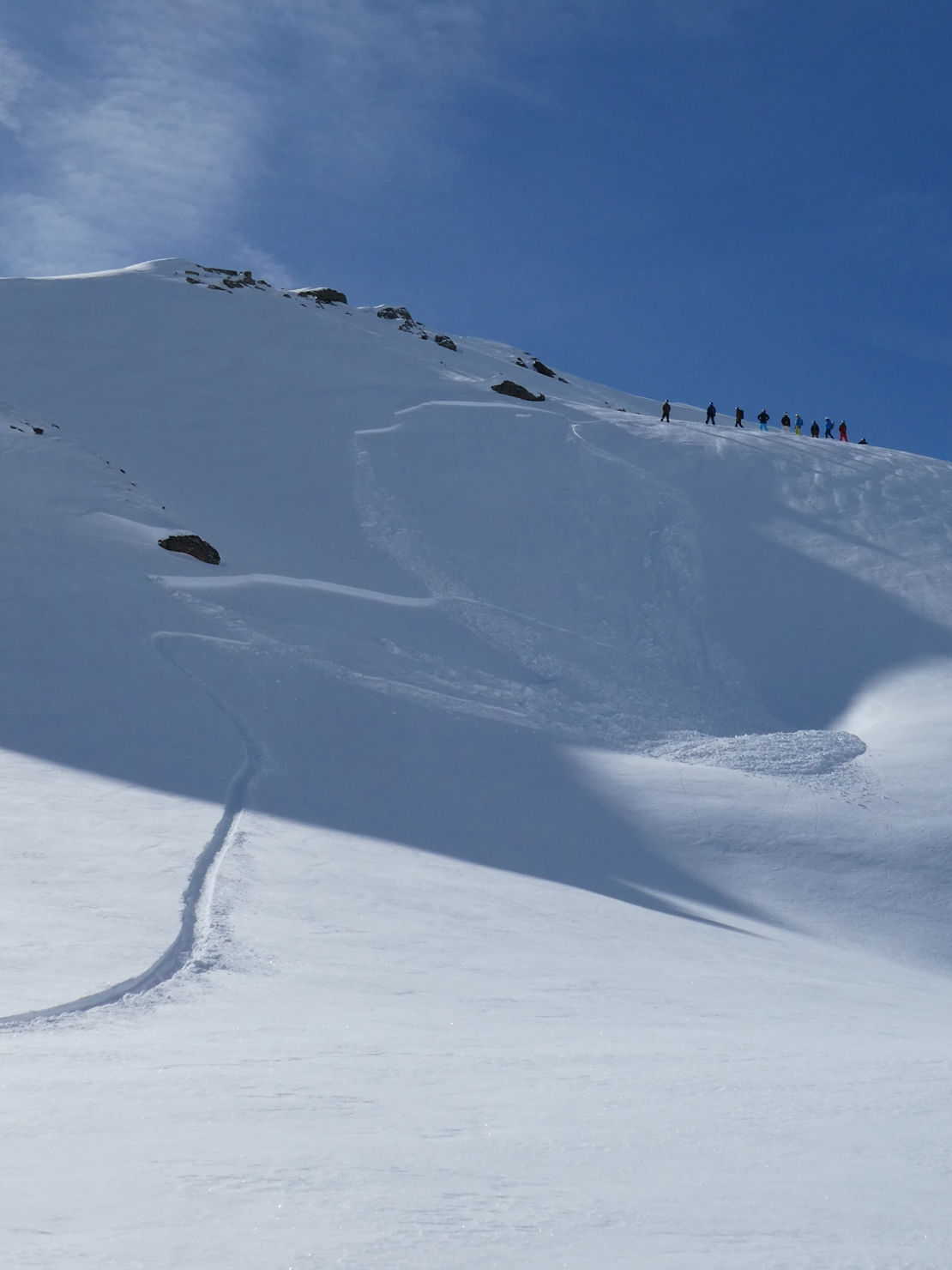 The first step towards improving your off piste safety is to understand the end results that can occur naturally or be influenced by the introduction of riders. That means knowing about avalanches. If you know the different types and their inherent causes you can start to learn more about the potential dangers as you venture further afield.

A rare example of me encountering this is where I traversed over to leave an untouched track for getting some better photos of clients. I moved into a steeper zone than I should have been given the conditions and the upper layer triggered. It wasn’t big, and I rode out ahead of the snow to an island of safety. This type of experience certainly helps me maintain more vigilance and make more informed choices on personal route selection. 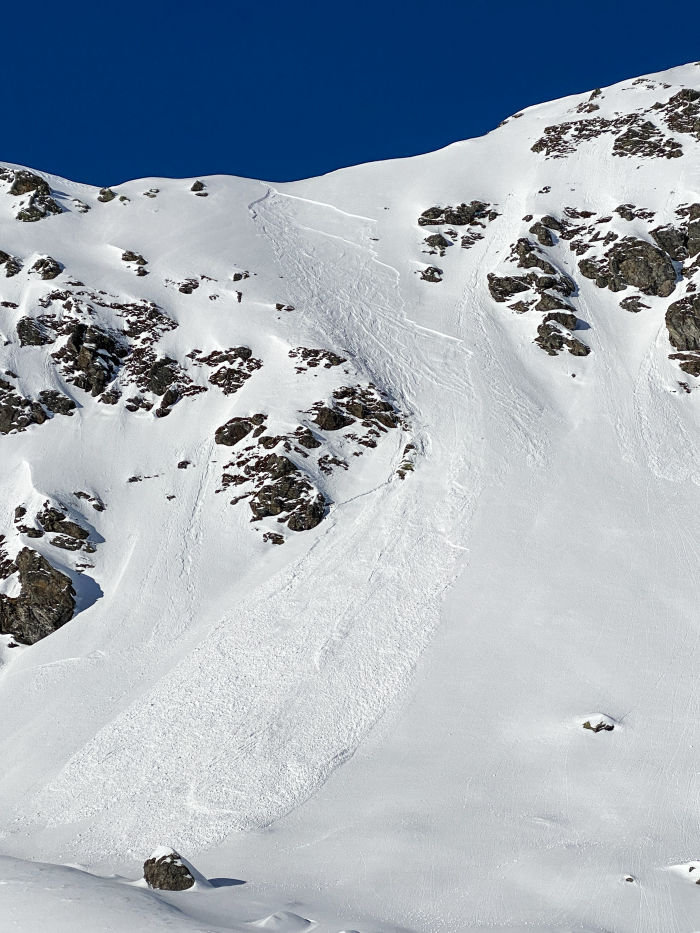 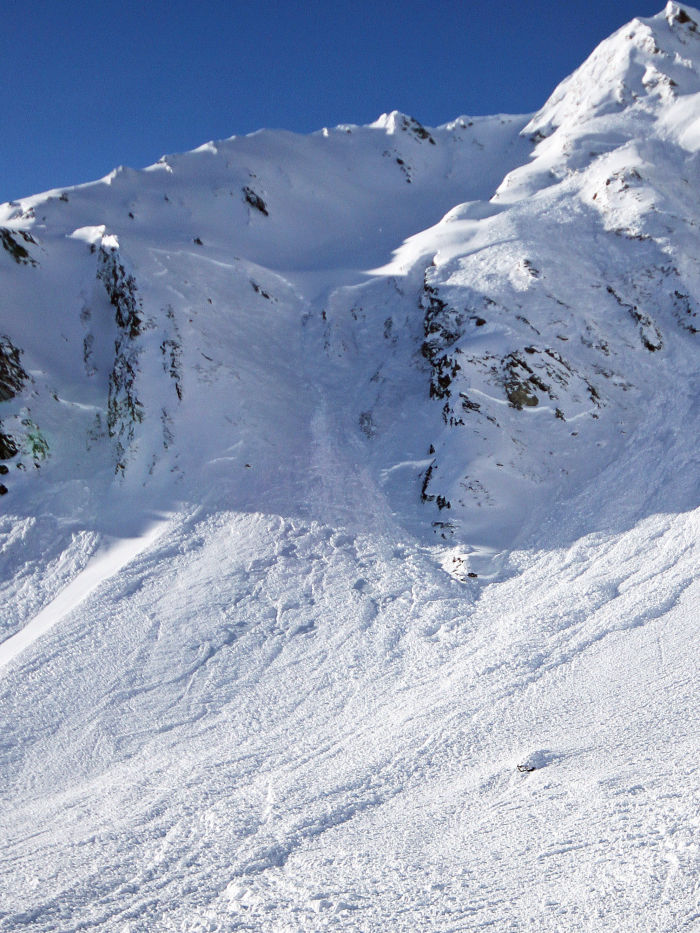 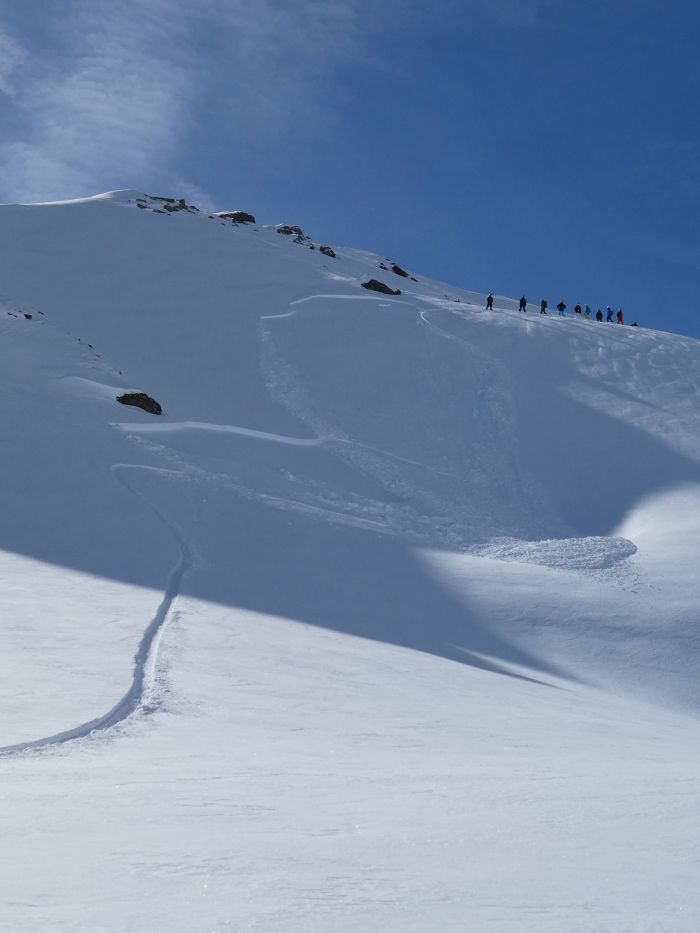 This Is where the powdery surface slides. Typically they’re the least dangerous type of slide. However, sluffs can carry you into or off other dangerous obstacles like trees or cliffs.

Loose snow avalanches usually start from a point and fan outward as they descend, and because of this they’re called “point releases.” Very few people are killed by loose snow avalanches because they tend to be small and often fracture beneath you as you cross a slope instead of above you as slab avalanches often do.

Quite often I encounter mini sluffs during or right after a recent snowfall as that top layer hasn’t had the time or right conditions to bond to the lower layers. You can see this when Craig cuts away at the top loose layer of snow before he rides a Hockfugen face.

These often occur when warm temperatures melt the surface snow layers and saturate them with water. Warm air temperatures, sun or rain cause water to percolate through the snowpack and decrease the strength of the snow, or in some cases, change the mechanical properties of the snow. Wet slides are harder for a person to trigger than a dry slide and they travel a lot slower.

We encountered a wet slide avalanche, late season in Hochfugen, Austria. Due to the conditions and temperatures our guide recommended we kept to a low angle of slope, yet the pressure of a hard turn on my board as I stopped by a tree (left side of photo) set off a small slide below me. This then triggered another slide (right side of photo). In this case there was plenty of time to ride out of the path of the snow as it was very slow moving and stopped within 50m.

These occur when the entire snowpack slowly slides as a unit from the ground. A glide occurs because melt water lubricates the ground and allows the overlying snowpack to slowly “glide” downhill. The presence of glide cracks in the snow doesn’t necessarily mean danger, but at the same time it’s not smart to be mucking around on top of them.
I find there are common zones in my local resorts that get hit by the sun, have a high level of steepness and trigger once a certain level of snow build up has occurred. Rather than being slow glide avalanches, these rapidly release to full depth.
It's handy to know these zones, so each year I can avoid these areas. This zone is a typical hot spot on the exit of an epic line we often ride. I spread the group out as we tour out of this zone to limit exposure as the whole face gets a lot of sun and is very steep so often pops. 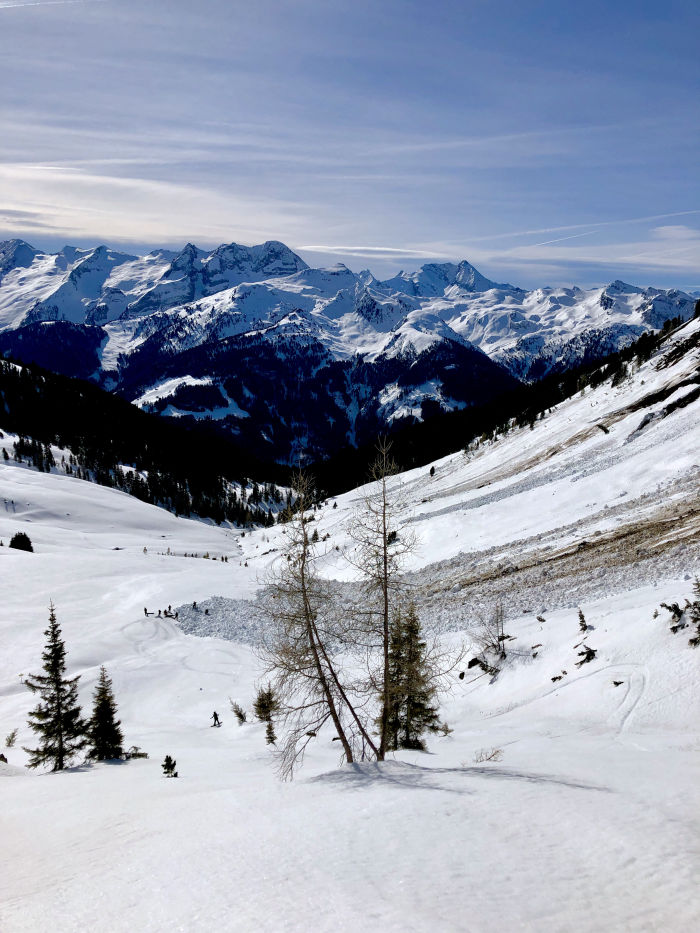 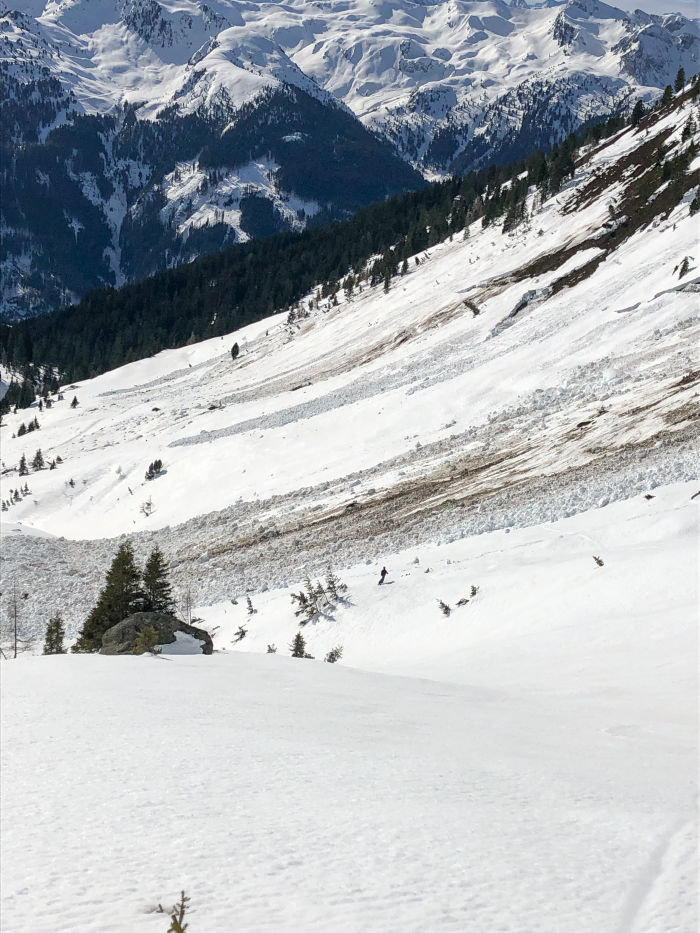 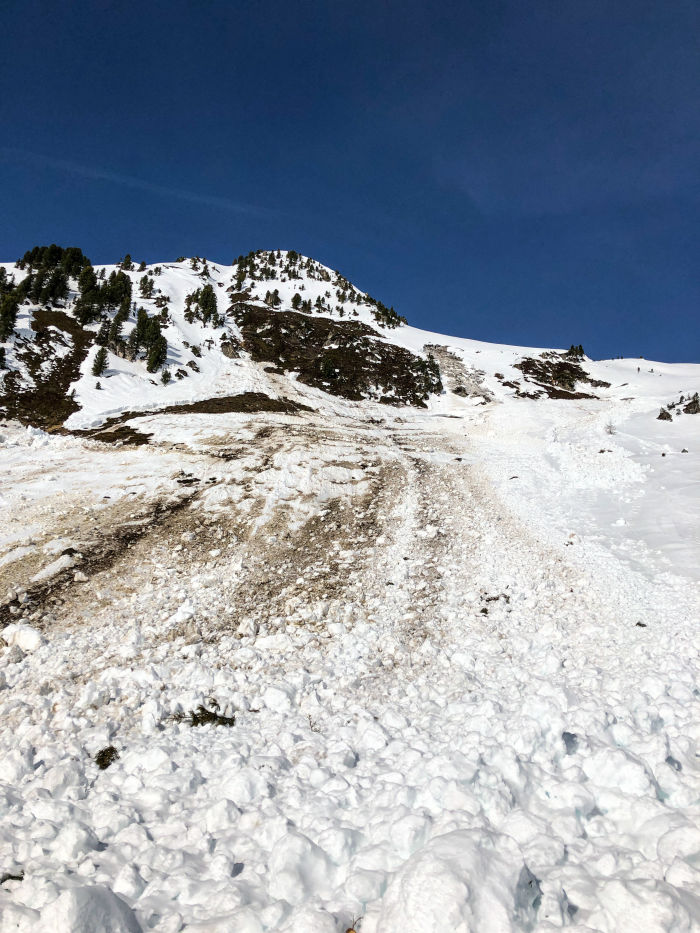 I hope that gives you a heads up on the basics of avalanches. If you want to learn more about off piste safety check out some of my other articles.