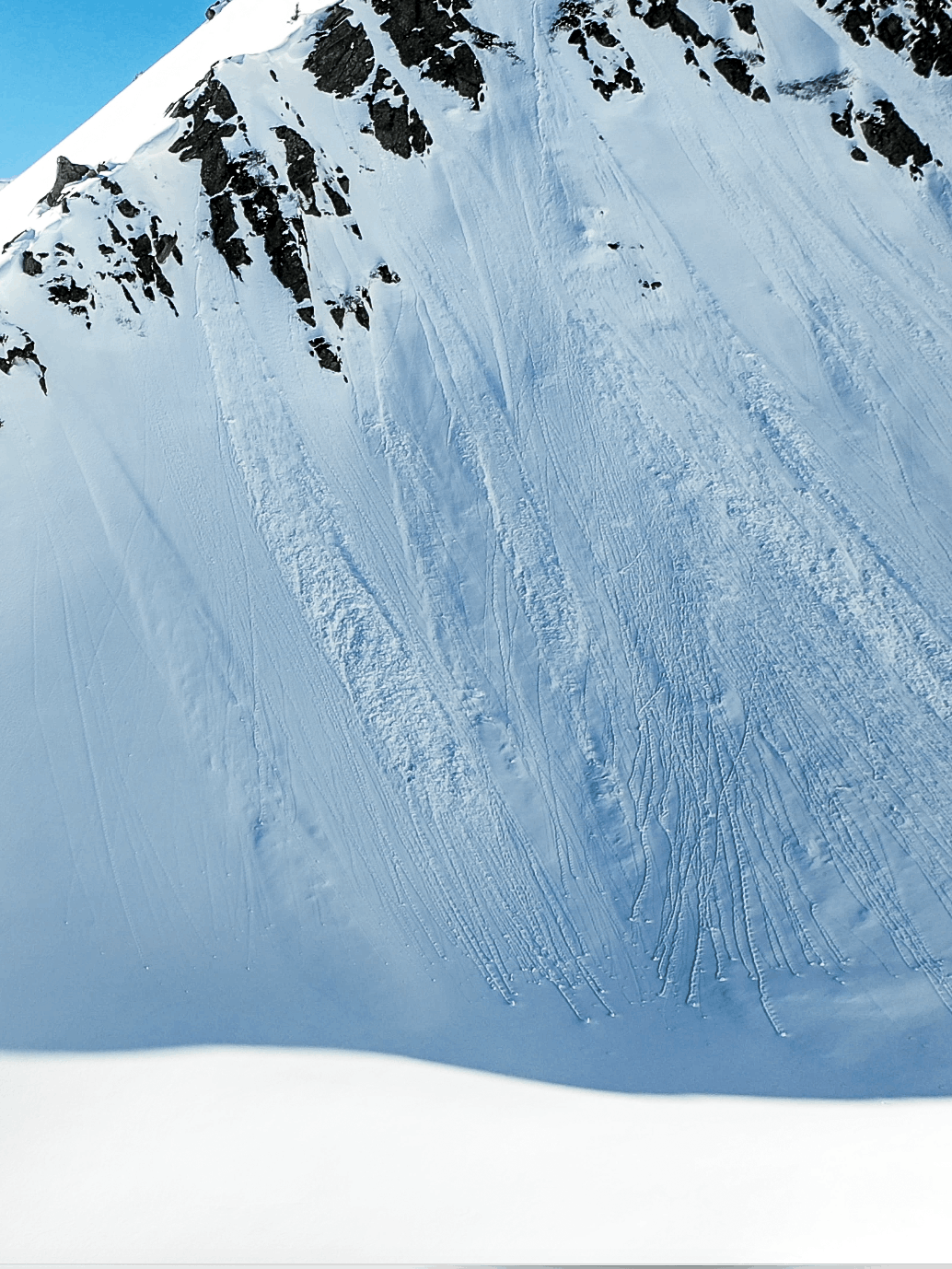 Temperature has a profound effect on avalanche safety. Quite often the basic rule of thumb is to finished early by starting even earlier. That way you achieve your mission before the sun starts having adverse effects on the snowpack.
When we start to investigate temperature influences we need to think of temperature as heat transfer. We can isolate those heat effects into three main areas. The snow surface, the interior of the snowpack, and the ground. This heat is moved or transferred between those areas typically due to for example external factors such as cold air, warm air, and sunshine.
Before we delve deeper into heat transfer let's look at the most basic of temperature considerations for splitboarders.

Let's review the most basic safety principles of temperature considerations for splitboarders.

Considerable warming - It is very critical, but its effects can be easily evaluated and quite often observed.

Slow to moderate warming - Helps to set the snow cover and the bond between the layers created a more stable snow pack.

Warming during day, cooling at night - Causes the snow cover to compact perfectly (Melt-Freeze), yet attention must be paid to the avalanche situation deteriorating during the course of the day from east to west. If further new snow falls after a cold spell, a critical layer can form.

Cold - Preserves existing risks and delays the setting process. Extreme variations between the temperature of the ground and the air can promote the formation of unstable layers due to Facet formation. More issues are often observed on north facing slopes due to the lack of direct sunlight to assist in the settling process (Rounding).

For those looking to dive in deeper, let's review the key heat transfer zones.

Heat Transfer at the Snow Surface

Heat can be transferred at the snow surface by conduction, evaporation, condensation, radiation, and precipitation. Quite often two or more processes are occurring at once. 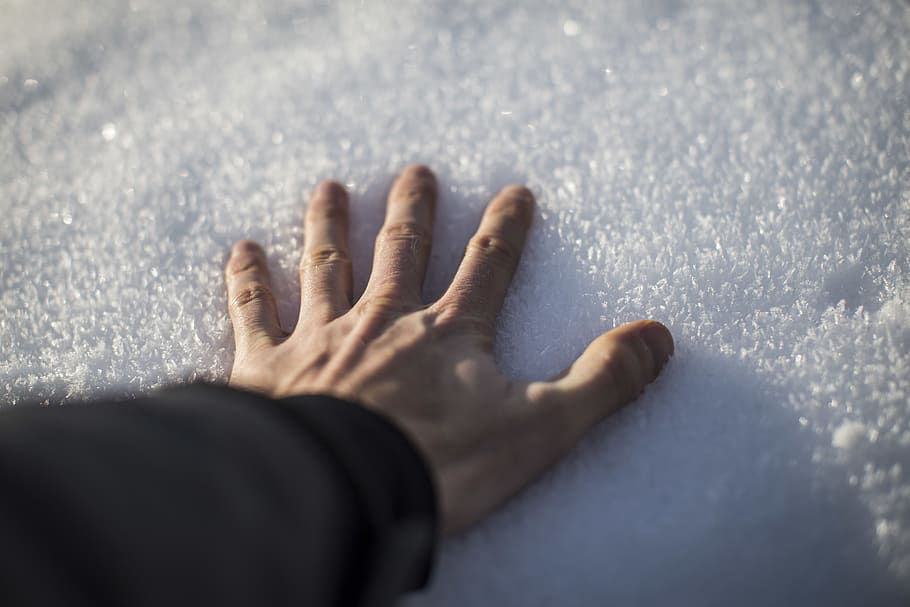 This is the transfer of heat energy away by substances in direct contact. This occurs between the snow and the wind. If the wind is moist and warmer than the snow heat will be transferred into the snowpack. The higher the wind speed the more heat will be transferred. If the wind is cold then the snowpack will lose heat to the air, and with the added effect of evaporation, it will cool rapidly and become colder than the air above.

In basic terms when two substances touch the colder one wants some of the other one's heat and energy. That could mean you get cold feet when you stand on a patch of ice, or your hand gets really cold when you grab a cold metal object. This can also occur in misty damp conditions.

This also falls into the realm of Convection. This is when heat loss occurs due to air or water having a temperature below that of the body it comes into contact with. This is how wind chill works. 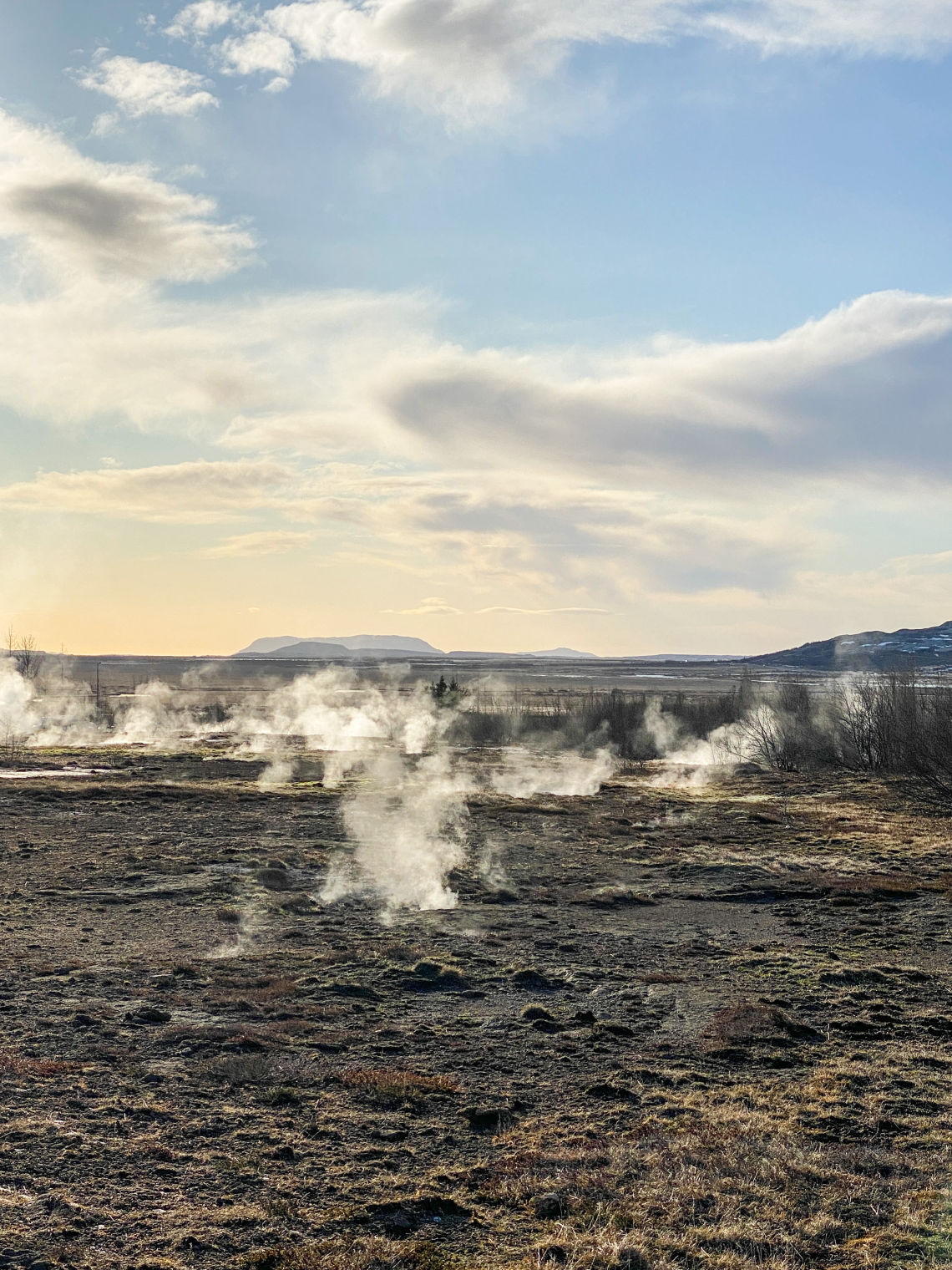 The physical process by which a liquid or solid substance is transformed to the gaseous state, while sublimation, which can occur on the snow surface is the change from a solid to gas with no liquid state in between. Evaporation requires heat. 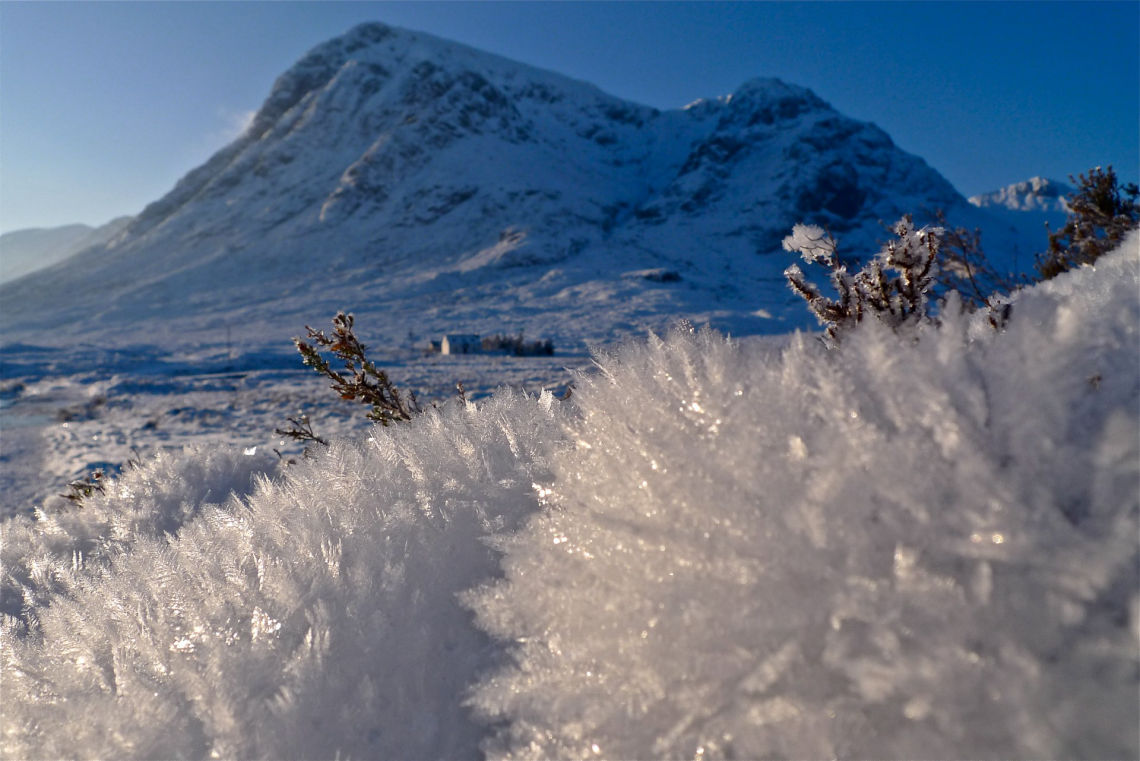 The physical process by which excess water vapor becomes a liquid or solid. Condensation can be seen in the formation of surface hoar. Condensation releases latent heat into the snow. Latent heat is the energy supplied or extracted to change the state of a substance without changing its temperature.

The air temperature just above the snow surface needs to be relatively warm, around 10°C warmer or more, compared to the snow (even though the air is often still quite cold). Surface hoar forms best on open, flat terrain. Trees or rocks can provide a warming effect reducing the temperature gradient.

Surface hoar on its own is not an issue, but subsequent burial can lead to the formation of an unstable layer. 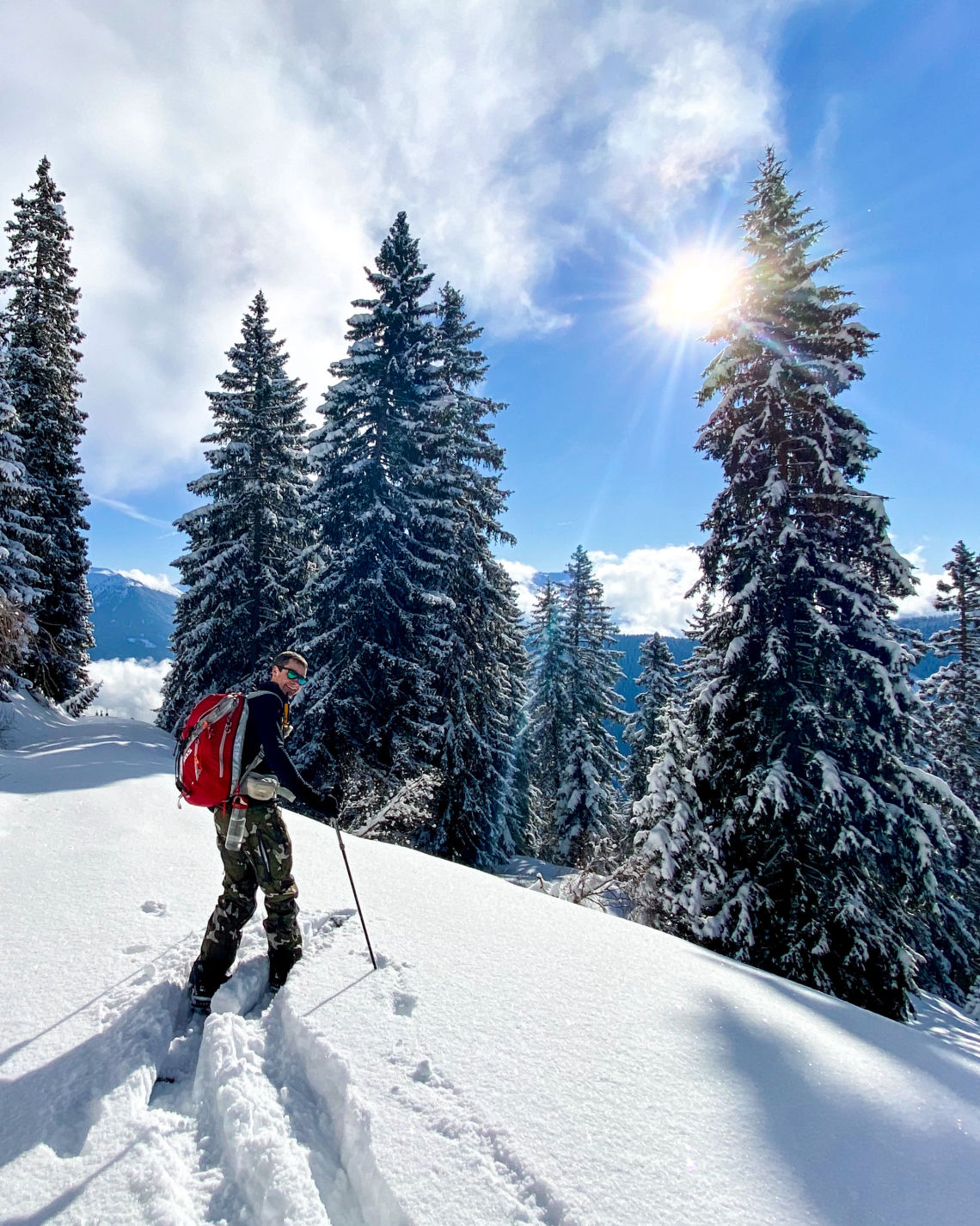 Greenhouse gases in the atmosphere (such as water vapor and carbon dioxide) absorb most of the Earth's emitted longwave infrared radiation, which heats the lower atmosphere. In turn, the warmed atmosphere emits longwave radiation, some of which radiates toward the Earth's surface, keeping our planet warm and generally comfortable. Increasing concentrations of greenhouse gases such as carbon dioxide and methane increase the temperature of the lower atmosphere by restricting the outward passage of emitted radiation, resulting in "global warming," or, more broadly, global climate change.

New snow - Reflects 80-90% of the incoming short-wave radiation. Therefore, fresh snow has a high albedo of .95. This creates a cooling action as the residual heat is reflected back into the atmosphere and radiative cooling occurs with the release of long-wave radiation with nothing to store it near the surface of the snow. This is especially true on clear nights. No clouds to act as insulators. Evaporation and sublimation from the snow provide extra cooling. Snow is also a good insulator, thus warmth within the soil is kept from warming the air above the ground.

As the amount of reflection reduces, the snow will increasingly heat up as it reflects more longwave radiation.

Solar heating of the snow surface can occur throughout the season especially on southerly slopes in the late season during the day or cloudy nights if the atmosphere below the clouds is warmer than the snow. Surface wet instabilities can form as the bonding between layers weakens. Single point releases leading to the production of rollerballs, pinwheels or sun-wheels are an indicator of surface instabilities that can lead to more widespread avalanche risk. 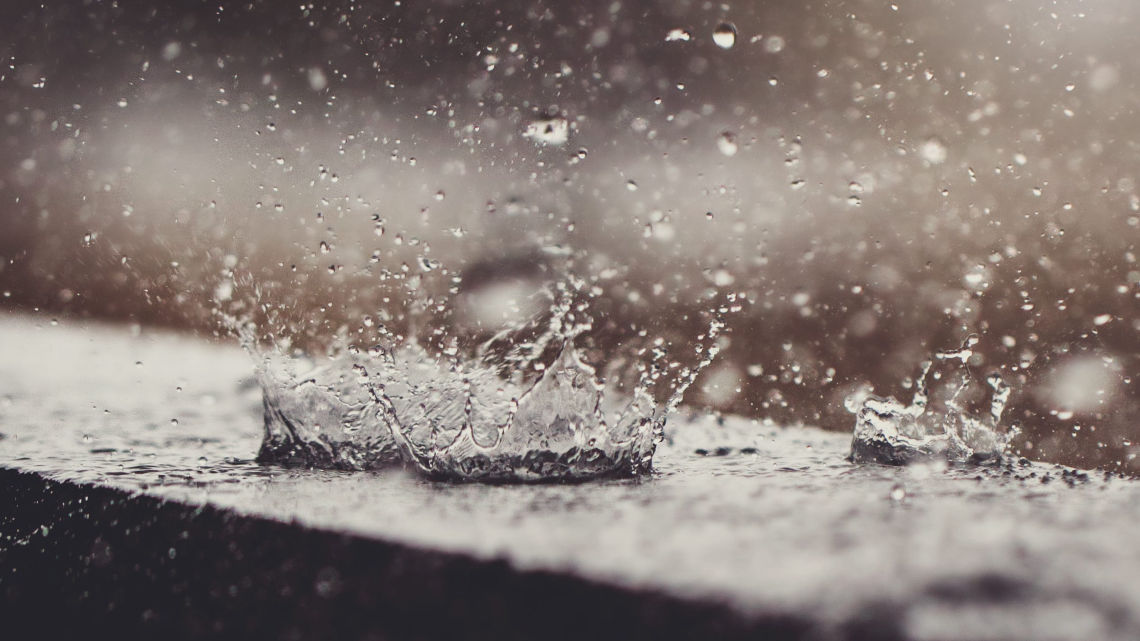 Rain contributes little to the transfer of heat at the snow surface. It would require a lot of warm rain before melting the snow surface. However, rain can percolate into the snowpack adding additional weight to the entire snowpack thereby reducing the firmness of the snowpack. For those reasons, avalanches are predestined. Rain can occur at any time during the winter. The big advantage is that no danger sign could be simpler to recognise.

Heat Transfer at the Ground

The amount of heat transferred from the ground to the snowpack is minimal. Only around enough to melt approximately 1cm of snow per year. The main effect of the earths heating is to maintain the ground surface to a temperature of around 0°C. Contributing factors to this include the low thermal conductivity of snow. It does not allow heat to pass through it easily.
Compacted snow is a great insulator. The combined effect of low thermal conductivity and the still air held within the snowpack and for example the atmosphere of an igloo or emergency shelter can maintain an even temperature irrespective of outside conditions.

Heat Transfer within the snowpack

I've long term tested various MSR products and they've always delivered to a very high standard and this one is no exception. They're certainly not the cheapest, but you get what you pay for. Top notch build quality and durability that is bang on.

I've found planning ahead is key to know if you have certain water sources on your hike. You don't want to leave yourself short of water in the hope that there is a source somewhere. 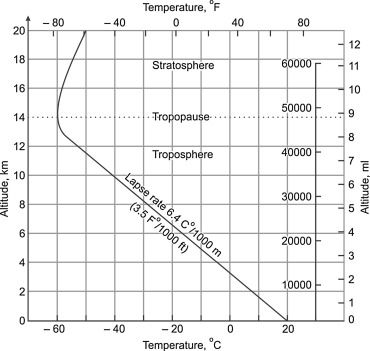 The Lapse rate is the rate at which the temperature of the atmosphere changes as the altitude increases. However, it does vary depending on the airmass.

The typical decrease in temperature within the lower atmosphere (troposphere) is approximately 6.5°C for every 1000m of height gain. 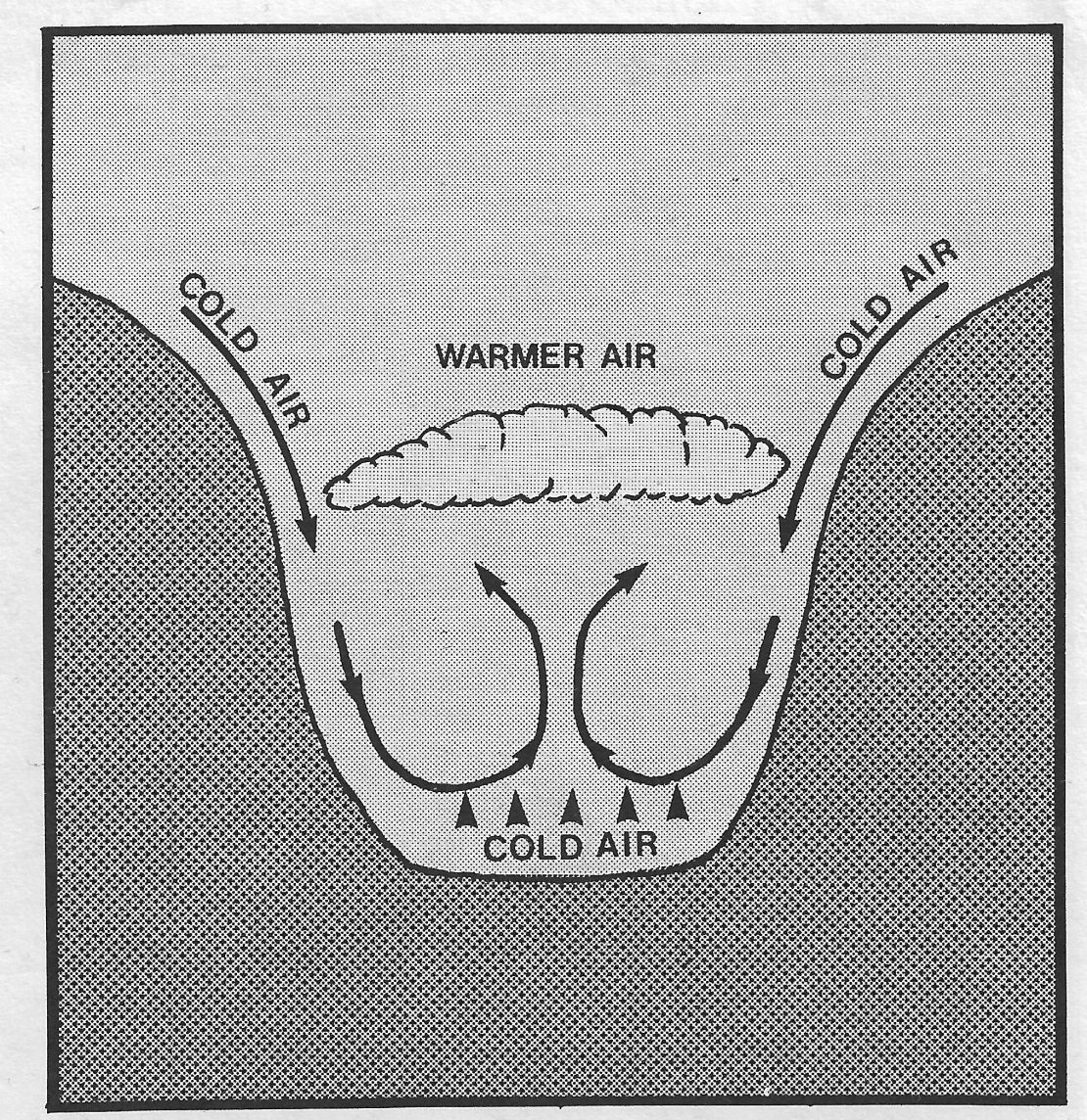 A temperature increase with height is known as an inversion. U-shaped valleys are often subject to temperature inversions. On a cold clear night the earths surface cools by radiating out more heat than it receives. The heavier colder air sinks to the valley floor. This is commonly referred to as Katabatic winds. An indicator of this is the formation of a cloud or fog layer in the valley. The warmer air will then sit above the colder air.

Dewpoint temperature - The air temperature at which water vapour starts to condense into liquid droplets, while being cooled.
Frostpoint temperature - The dewpoint temperature if the air is below 0°C. Instead of dew, frost forms.
Latent Heat - The energy supplied or extracted to change the state of a substance without changing its temperature.
Albedo - The measure of the diffuse reflection of solar radiation out of the total solar radiation and measured on a scale from 0, corresponding to a black body that absorbs all incident radiation, to 1, corresponding to a body that reflects all incident radiation. Snow albedo is highly variable, ranging from as high as 0.9 for freshly fallen snow, to about 0.4 for melting snow, and as low as 0.2 for dirty snow.
Radiative Cooling - At night, as there is no incoming solar energy and the ground continues to radiate away heat, its temperature falls. This night-time cooling is called "radiation cooling"