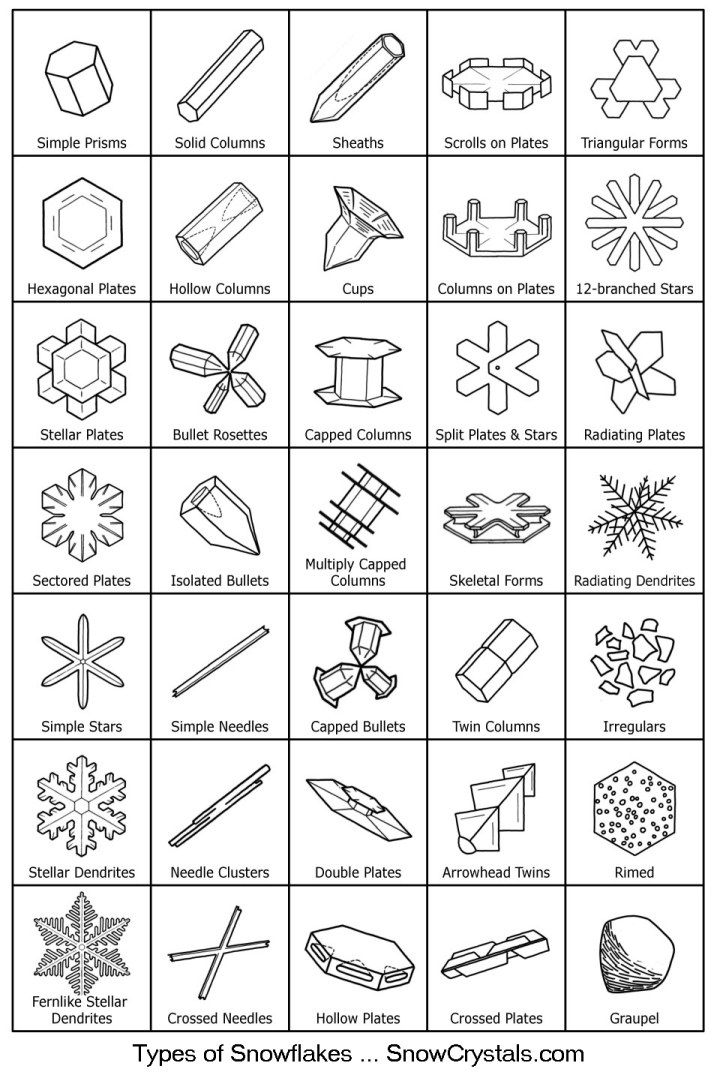 The changing state of snow & avalanches

Understanding the way snow changes over time can have a profound effect on your backcountry planning and execution decisions.

We often look to outside sources such as regional avalanche forecasting for the key data to help us make those choices. However, we need to supplement their findings with our own onsite observations and research to drill down those regional findings into a more local actionable data set.

Snow forms when supercooled water droplets condense around microscopic particles such as dust or plant spores. As water vapour freezes around those nuclei snow crystals are formed. The shape and form is largely determined by their journey through the atmosphere and is influenced by the temperature and humidity they encounter on the way.

The initial form and the subsequent transformation of the snow after landing on the ground will have a profound effect on the propensity for avalanches in the future. Even though it’s not possible to predict if or when a particular slope could avalanche, studying the transformation of the snow on the ground can help determine the level of danger in the backcountry. These observations form part of the regular avalanche bulletin services around the world.

A key skill to develop is your ability to make those snow pack observations for yourself, adding an additional data set into the decision mix. All too often we rely too heavily on 3rd party appraisals of danger and can become increasingly complacent to hidden local micro hazards.

Although there are numerous different shapes of snow. For the purpose of snow and avalanche evaluation, there are four main processes and their associated grain types that need to be identified in each distinctive layer of the snowpack. 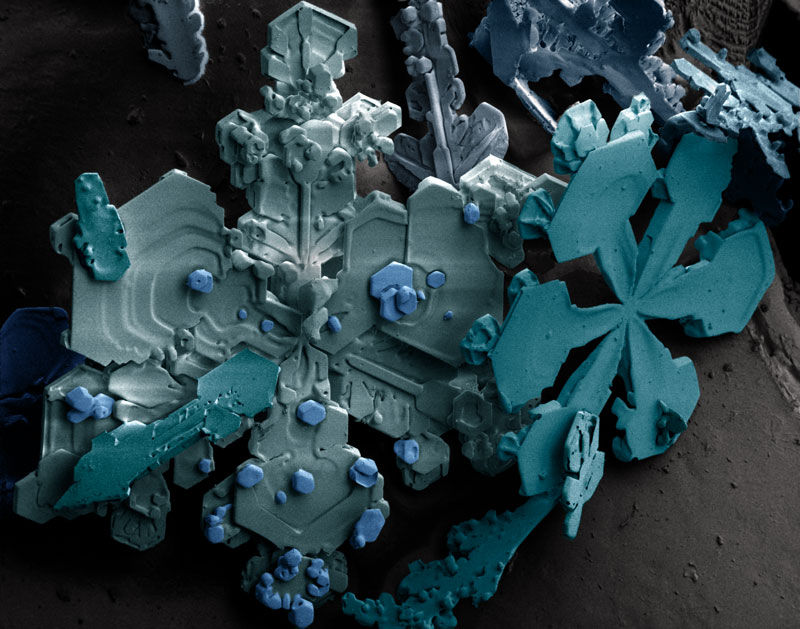 This refers to freshly deposited snow (or snow soon after deposition) composed mainly of whole crystals or parts of broken ones. We already know the basics of snow formation, but we’ll need to be aware of how that snow has been modified by external forces like wind and sun. This snow is usually very soft with the heaviest snowfalls typically occurring when the air temperature is between 0 °C and 2 °C. 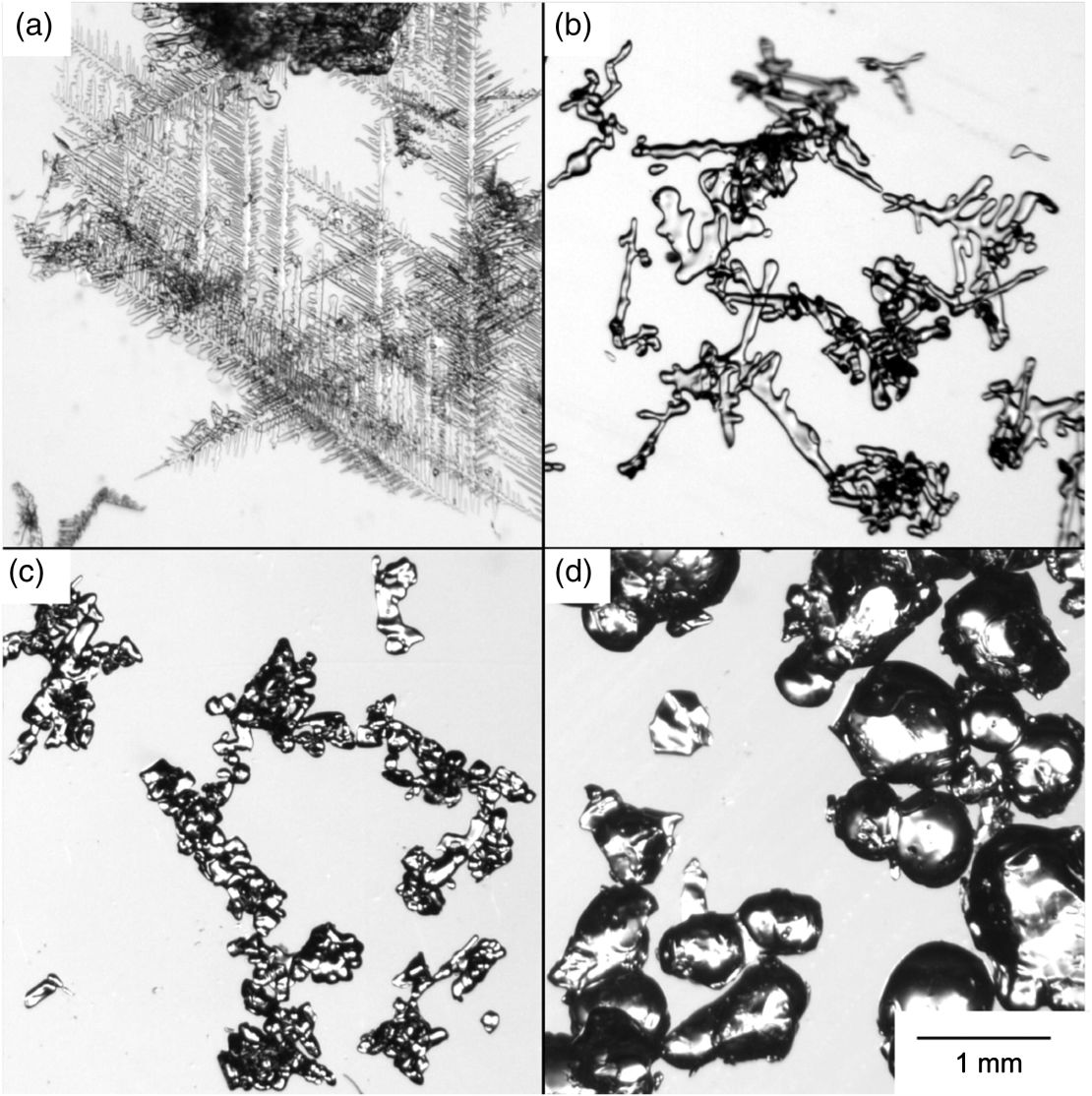 Over time the complex snow crystal shapes break, separate, and become more round as the snow changes from a solid to vapour and back to solid through a process called sublimation. The crystals start to bond (sintering) and create a more cohesive snowpack which is beneficial for snow stability as long as the created slab doesn't sit on unstable snow or lower-strength layers of rounds. These grains typically look dull with large bonds (visible at 20x).

The bonding process is called sintering or in the past Equi-temperature (ET) Metamorphism. The bonds formed are like marbles being glued together with epoxy. When you make a snowball or an off-piste kicker, you're artificially creating those bonds as you compact the snow.

It forms more with a slightly warmer and thicker snowpack where there isn't a dramatic change in the temperature (weak temperature gradient) of the snow from the ground (typically 0°C) to the snow surface. Generally, that's less than 1°C difference per 10cm of snow. This can be measured and observed from snow pit analysis. The key fact to remember is this process can be totally reversed if the ambient temperature and how much compression or load is on top of the snow changes over time. 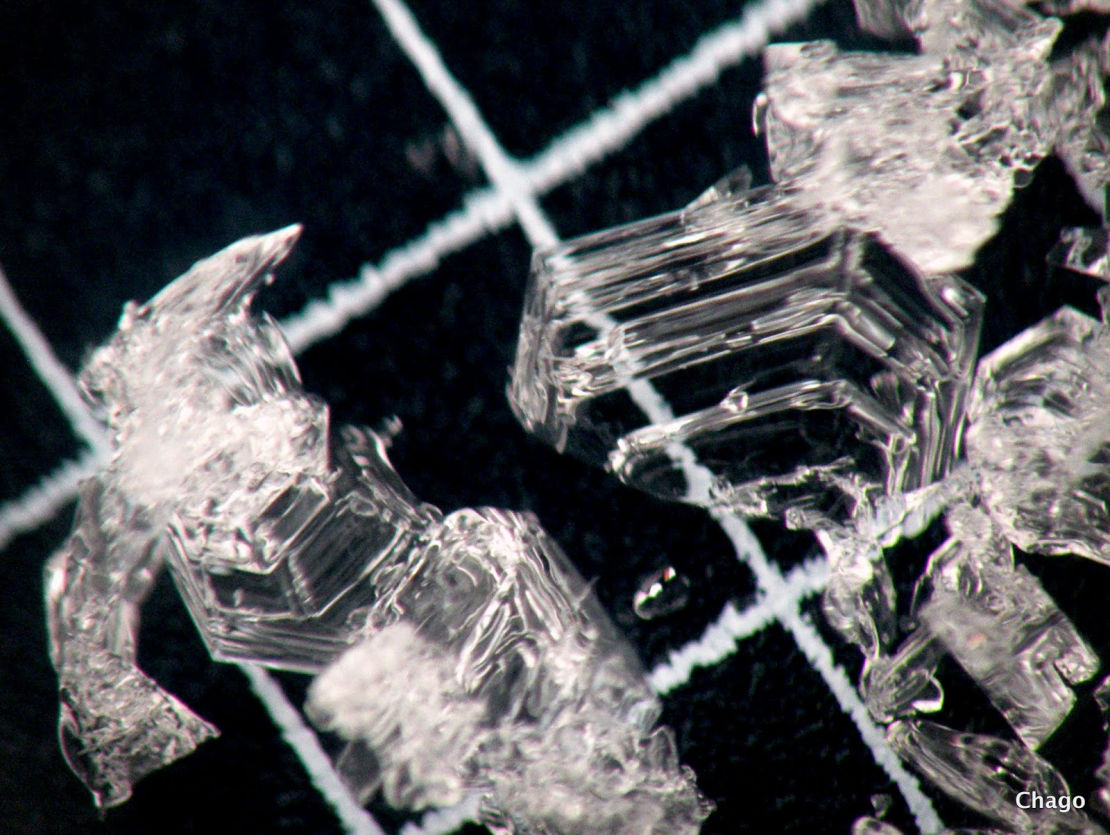 If we know the ground is typically 0°C then the temperature at the surface of the snow can be a lot lower. If the snow pack isn't deep and the outside temperature is low then this creates a strong temperature gradient which promotes the formation of faceted snow. This used to be referred to as Temperature Gradient (TG) Metamorphism.

Faceted snow looks and feels very sugary. Under inspection the grains sparkle with angular, square edges and stepped or striated faces. These can form quickly, don’t readily bond together and can stay for long periods (persistent weak layer) with the snowpack.

A strong temperature gradient (TG) is classed at a temperature difference greater than 1°C per 10cm of snow. Beyond that range a process called kinetic growth is activated as the cold temperatures draw vapour up from the ground and it’s deposited onto the snow grains. 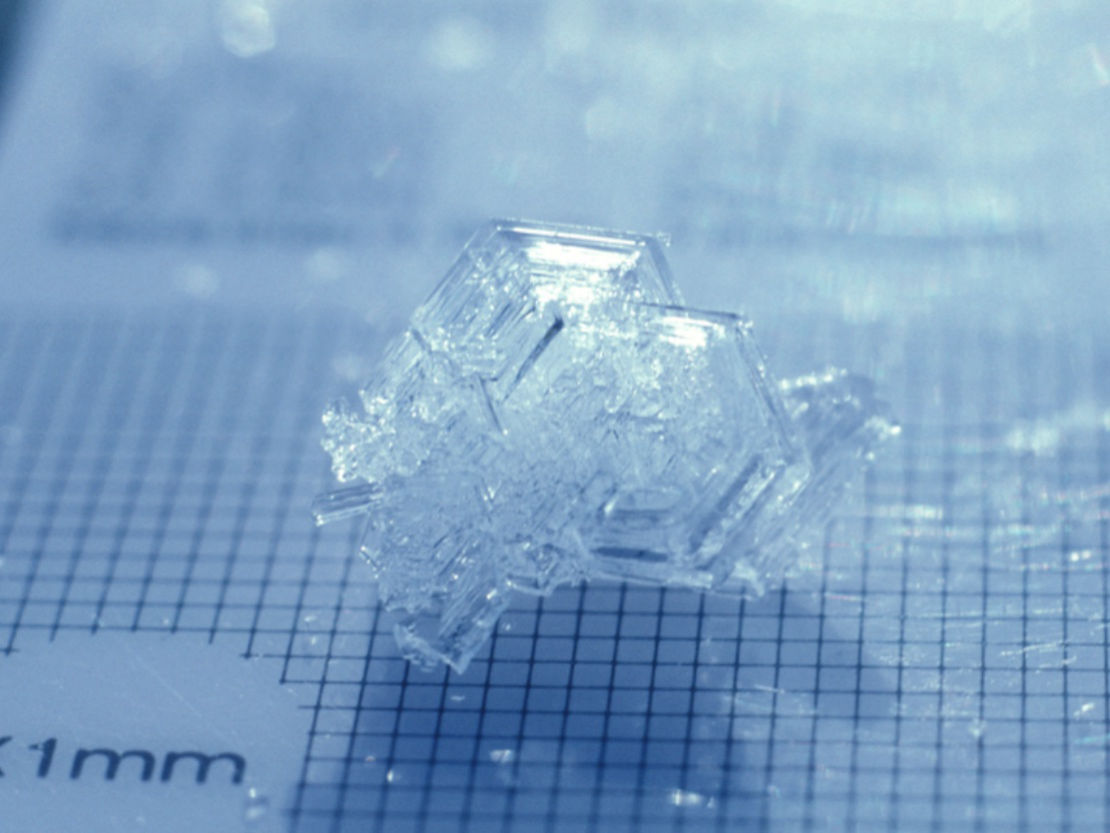 If the faceting process is left unchecked then they can evolve into large six sided hollow cup-shaped crystals which is called Depth Hoar. Depth hoar is most frequently found directly below a more or less impermeable crust in the lower part of the snowpack. The tensile strength of depth hoar is very low and the structure of the layer collapses at the slightest touch.

Depth hoar avalanches are usually triggered from a shallow snowpack area, usually mid-slope and especially near the bottom of basins, where thin snowpacks combine with cold air pooling, and around rock outcroppings. 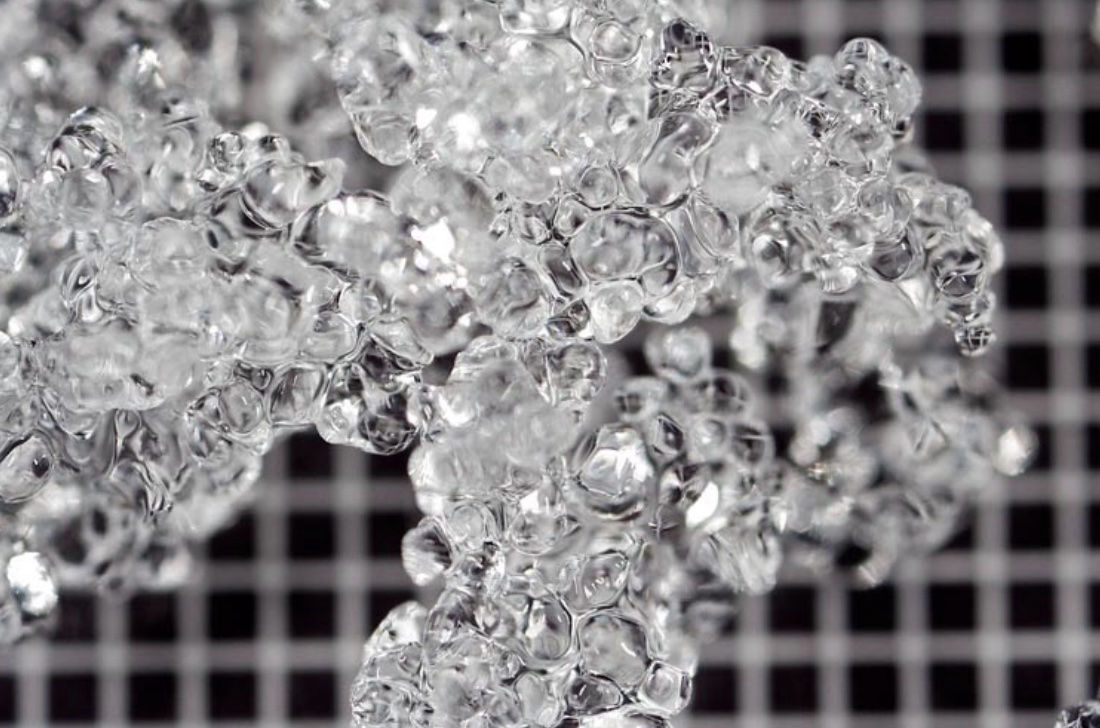 This occurs when the snow pack is exposed to temperatures that alternate above and below 0°C. The grains become surrounded by a film of water during melting which is typically caused by solar radiation, rain, meltwater and warm winds. When the temperature drops the water re-freezes and forms a strong icy bond between the grains. A number of melt-freeze cycles can produce a very strong snowpack.

From an avalanche perspective the melt phase can lead to an increase in hazard as water percolates through the snow to the ground or an impermeable crust. The water then lubricates that layer undermining the stability of the snowpack above resulting in a slide.

This is witnessed more in spring-like conditions on predominantly south facing slopes as solar radiation heats up the slopes and creates isothermal snow where a consistent temperature is reached throughout the snowpack, i.e the snowpack is ‘wet’ throughout its depth. It would not require much additional loading to release a slide. That’s why you often focus on off piste missions starting early in the morning to reduce the dangers of a warming snowpack.

Other snow formations of interest 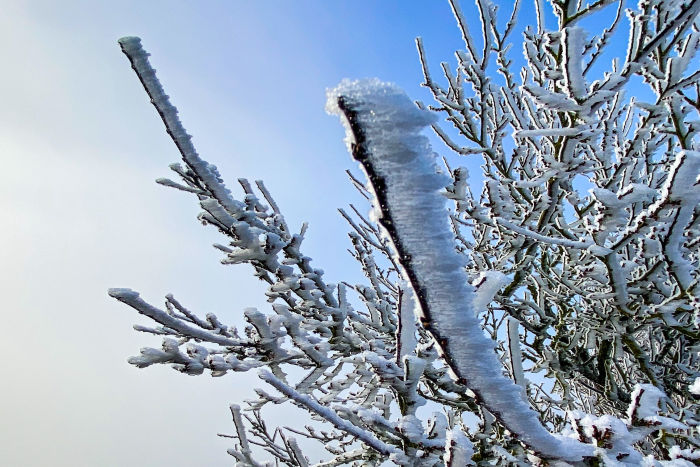 Supercooled water droplets that freeze to objects in exposed terrain, forming icy deposits on the windward side. Rime can also form on snowflakes as they fall through the sky, giving them a fuzzy appearance. 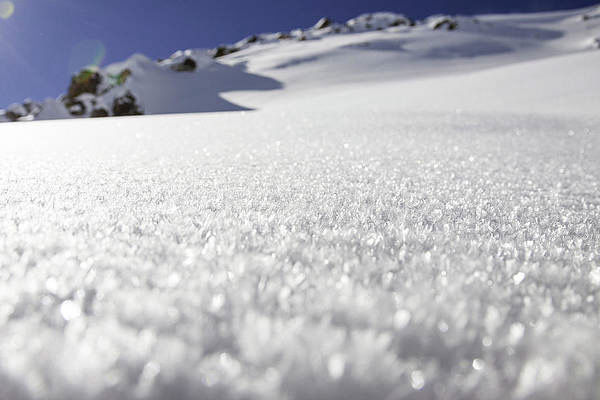 Featherlike crystals that form on the snow surface during clear and calm and cold conditions. Essentially frozen dew. This can form a persistent weak layer once buried. 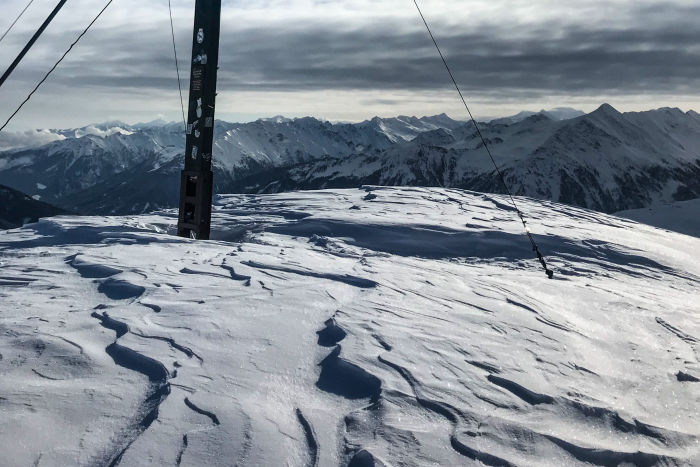 Now that you know the basic forms of snow that have an impact on backcountry safety you'll need to start understanding how to dig a snowpit so you can identify these forms and start to make more informed decisions about touring plans. Watch this space for an indepth guide to snowpits.

Enjoy Your Holidays
in Perfect Place