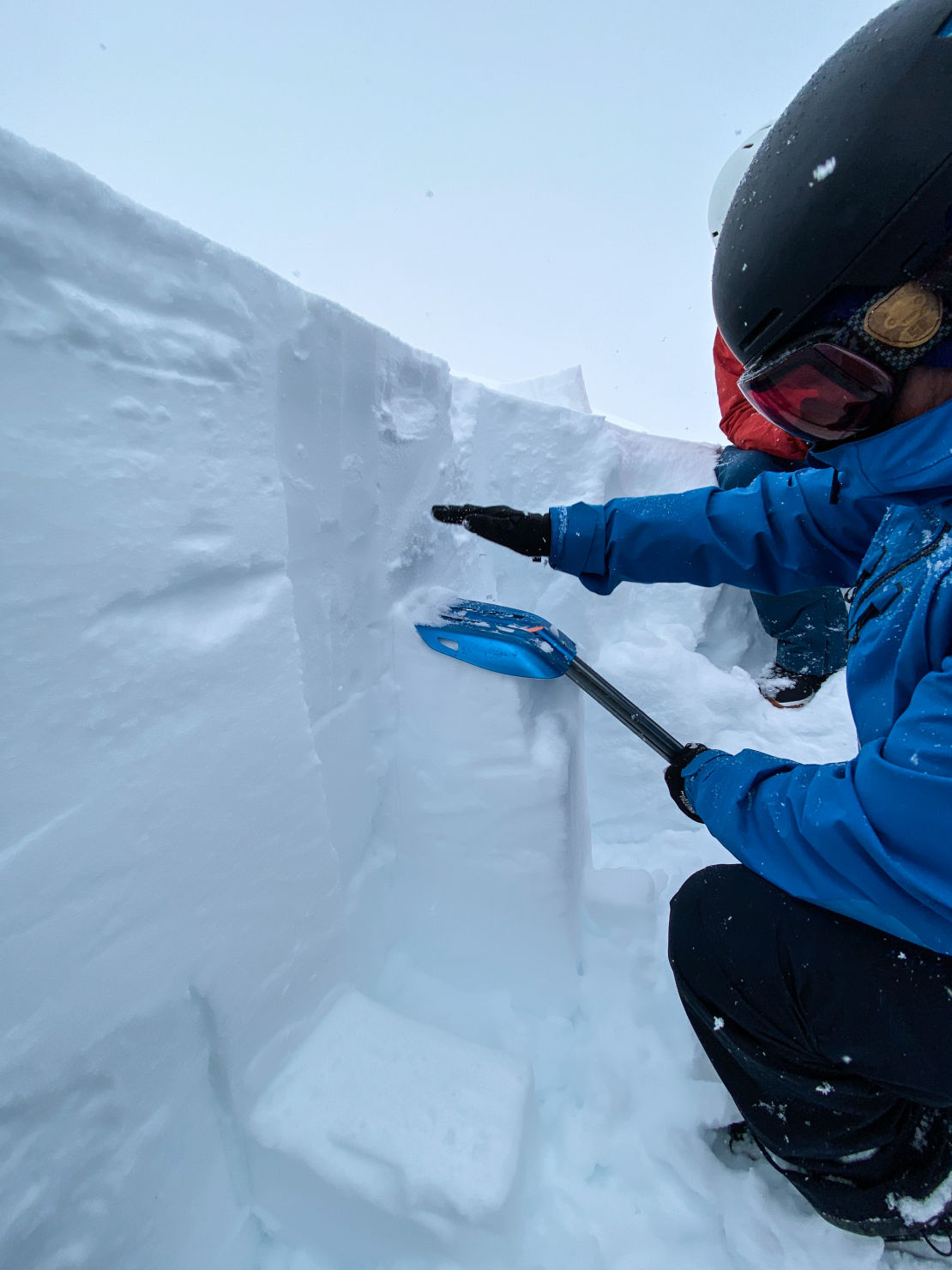 As more of us bring along heavy avalanche airbag systems or start to head out for longer splitboard missions then it's worth considering the weight of your kit.

I know after a quick evaluation of my primary off piste equipment I was able to save a considerable amount. In this guide I'll look to save you some weight and help you understand what to look for in your choices and some hints on how to use it more effectively.

When choosing a snow shovel you'll want to consider your requirements and budget. Having an extendible shovel will give you more leverage and distance from the snow making it easier to dig. However, you may want a smaller non-extendible shovel for ease of packing or weight.

How does the handle shape and length affect its attachment to the exterior of a pack to stop it falling off, or fit within a pack? How does the shape of the blade make it fit within your pack? If it's very curved that could affect your ability to fit other items in your pack. Plus, the bigger the blade the more snow you can move. You might need to move 1500 litres of snow for an average rescue. It's all not so obvious stuff, but well worth considering before you buy.

After all that you can look at how much you're willing to spend to make it work best for your needs. Just don't look to compromise too much on the quality or weight. At the end of the day this is a crucial piece of safety equipment. You don't want to be trying to dig out a buddy with some plastic shit you bought off ebay. Shovel quickly and effectively to save lives

When digging out avalanche victims after an avalanche, the following procedure should be followed:

1- Read of the victim‘s depth from the probe and walk down the slope by this figure and start shoveling in a V-shape.
2 - If there are several helpers, two people stand at the front and shovel the snow backwards. The third stands behind and clears the snow away. change positions after one minute.
3 - The positions should be taken as follows:cut out blocks, shovel, and clear snow away.

Tip: Shovels with a clearing function can save valuable time here. The average burial depth from which people are rescued alive is 50cm (statistics: Tschirky 2000). This requires the excavation of 1500 liters of snow! Saving time digging means increasing the chances of survival.
Source - Ortovox

I consider a minimum length of 2.4m as a good safe size for the effective location of most victims. Typically a probe is given the least amount of consideration, but it can make a significant difference in rescue time. I've seen guys fiddle with a probe in excess of two minutes trying to get it constructed. Whatever probe you decide on you'll need to become very familiar with setting it up and taking it down in a short time. Say 10 seconds from getting it out of your pack. Probes have been damaged on packing up as well, so don't forget to have that on point.

You'll have the choice of carbon, aluminium, and steel. Carbon has a high strength to weight ratio, but will cost you more. Steel is super strong but heavy. Some of the most popular and lightest probes from some key manufacturers are listed below, with some key data and comments. Prices do vary, so it's worth doing your own research for the best deal. Probing correctly to speed up recovery

After completing the fine search with an avalanche transceiver and marking the location, you need to pinpoint the victim with the avalanche probe.

1 - Mark the point with the smallest transceiver distance measurement (with crossed ski poles, shovel etc.).
2 - Starting from this point, probe the area systematically from the inside to the outside in the 25cm (~10 in) grid spacing shown.
3 - The probe remains in place and is used for orientation purposes.
Tip: Always probe at a 90° angle to the surface of the snow. Source - Ortovox.