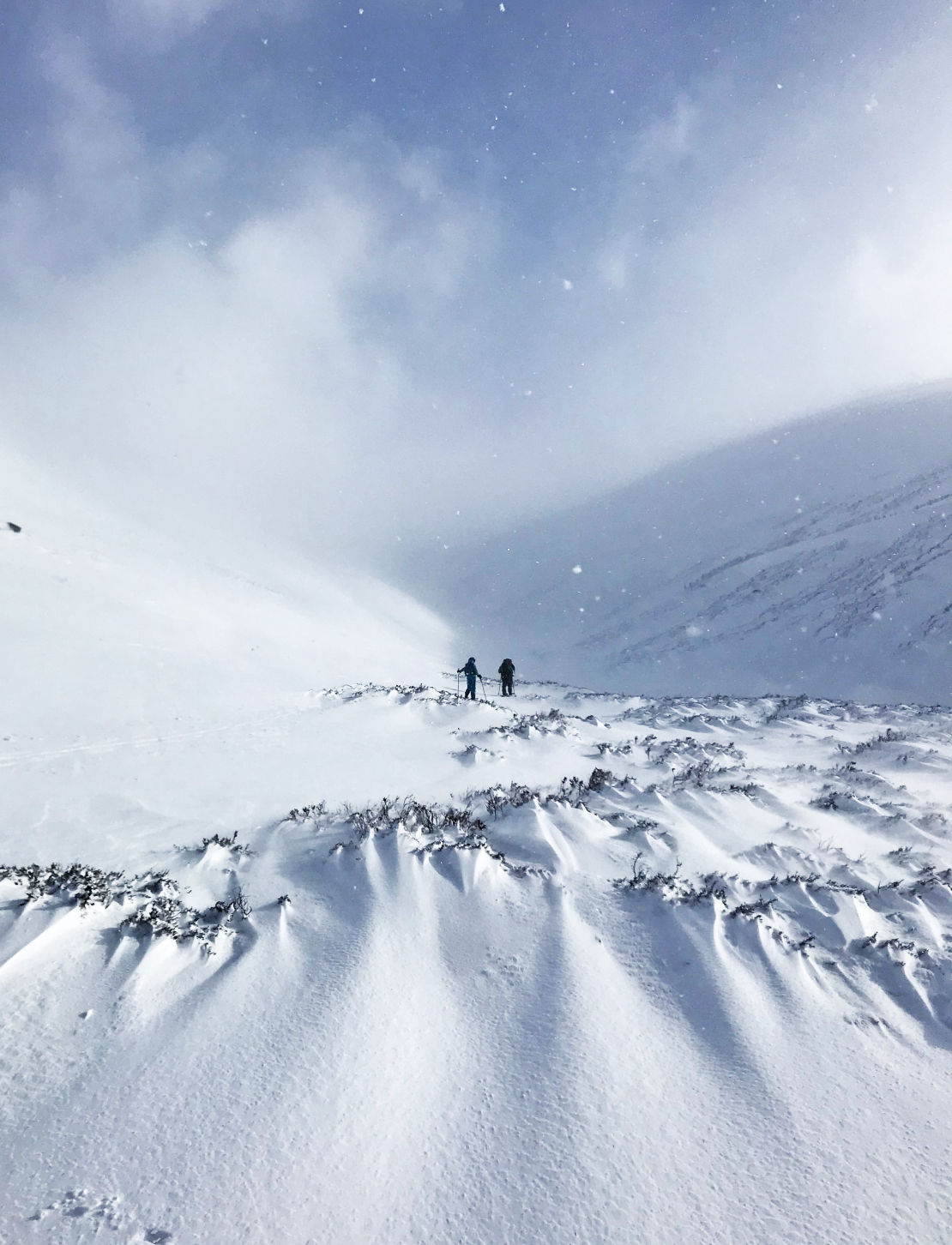 KNOW HOW TO SPOT THE DANGERS

A 2016 splitboard mission in Mayrhofen made me acutely aware of the dangers of off-piste riding. As we enjoyed some fresh lines in the sun 17 people were buried with 5 fatalities only a few miles away. We watched the constant stream of helicopters travelling above us as we made our way down the valley selecting the best pockets of snow for the most fun unaware of what was unfolding in the next valley.

My path to better understanding of off-piste terrain is still in its early stages, but the story of the 2016 snow pack increased my awareness of how the early winter snow can have a long standing effect on the stability of the snowpack.

That season the Tirol region had the driest December since the late 1800’s, so the depth of the snowpack was minimal. We found south facing slopes had been battered by the sun and did not last long for riding so we gravitated to the more sheltered slopes that had some decent deposits of snow, but quite often they were wind loaded and sat on a layer of unstable snow (depth hoar). That's why it become even more important that we paid attention to any red flags.

1 — Recent avalanche activity
Keep an eye out for recent slides. What aspect (North, South, East or West), angle, type (slab, full depth, slough, wind slab) and altitude were they? This information can start to create a picture of what to avoid and how to negotiate your way around the off piste hot spots.

Sudden rises in temperature can significantly change the stability of the snowpack. The melting snow can lubricate layers and make the whole snow pack heavier. Avoiding those steeper south and westerly facing slopes in later afternoons is a typical strategy. However, even on lower angle slopes slides can be triggered. They'll be slower moving and maybe not enough to bury a person, but they could twist knees and drag you into terrain traps, trees or cliffs which would escalate the danger.
3 — Significant new snowfall in the last 24hrs
The amount and as well what the snow is falling on can effect the level of danger prevalent. The graphic below gives you a great indication of what to look for.

4 — Cracking, blocking or whoomphing of snowpack

Paying attention to the sounds of the snow as you travel and any surface cracks that form is a key indicator of unstable layers underneath the upper level of snow. You'll hear whoomphing sounds as the snow pack settles. Its a key indicator that caution should be exercised and avoiding those areas as well as steeper slopes in that aspect and angle.

We did encounter this settling effect on one of our tours in 2016. Three of us rode down to meet our guide, the last rider joined us, and suddenly the whole snowpack we were on dropped and we heard a whoomphing sound. It does freak you out.

For us it was a clear indicator to proceed with some caution as we moved to some lower angle more settled snow pack areas.

On reflection I could see how a larger group of riders could actually set off an avalanche in that type of terrain, with the sheer weight of the group.

As we moved into the latter part of the season the snowpack settled considerably due to the regular warming trends that helped transform that depth hoar so it bonded with the upper layers of snow. That allows us to venture into those pockets of sheltered snow with more confidence.

5 — Strong winds
Wind is a critical in relation to avalanches. A large snowfall combined with high winds is a common factor in increasing the avalanche risk. Basically the wind can break down the shape of snow crystals and make them more rounded and therefore less likely to bond together.
The wind can then move those rounded grains around 10 times more rapidly than snow falling from the sky and deposit them in large volumes on certain slopes creating potential hazards. A slope with these types of hazards would be referred to as 'wind loaded' You typically find these slope on the “leeward” side of a piste or ridge line. You can see this in the photo below.

That wind loaded slope could look really appealing but if you drop in on that cornice you just might trigger the rest of the slope to slide due to the sudden and massive movement of a large amount of snow.

You can also see the effect of wind on the 'windward' side in this video. You can see the desert like contours in the snow called 'Sastrugi'. The wind will compact the snow and create a solid bonded layer that can sit on an un-bonded lower layer which when ridden on is liable to release.

I hope this article has been informative. As always, be safe out there and reading this article is no substitute for some proper off piste training. Get the skills and the knowledge before you head out of bounds.